Your page? Unpause your account to remove this banner.

Give us 8 weeks, we'll give you changes for LIFE!
PRE-REGISTRATION NOW OPEN! Next Challenge Starts May 21, 2018
My1FitLife Jump Start Challenge 5.0
FITNESS  -  NUTRITION  -  MINDSET
countdown
00Hours00Minutes00Seconds
Regular Jump Start 5.0 Challenge $199....Join Now and Save!
PAY ONLY $169!!
Jump Start Challenge $199.....EARLY BIRD DISCOUNT SAVE $30, Sign up NOW and pay ONLY $169!!
JOIN NOW AND SAVE!! I WANT TO SAVE $30!!
It's Simple
We walk you through the challenge week by week in Fitness, Nutrition, and Mind Set.
It's Convenient
Work out at home, in the gym, or out in nature with easy to follow exercise videos.
It Works
Over 25 years of combined coaching experience helping 1000's of people reach their goals. 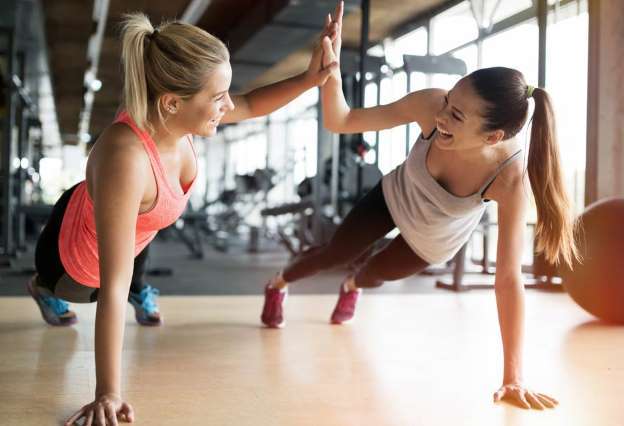 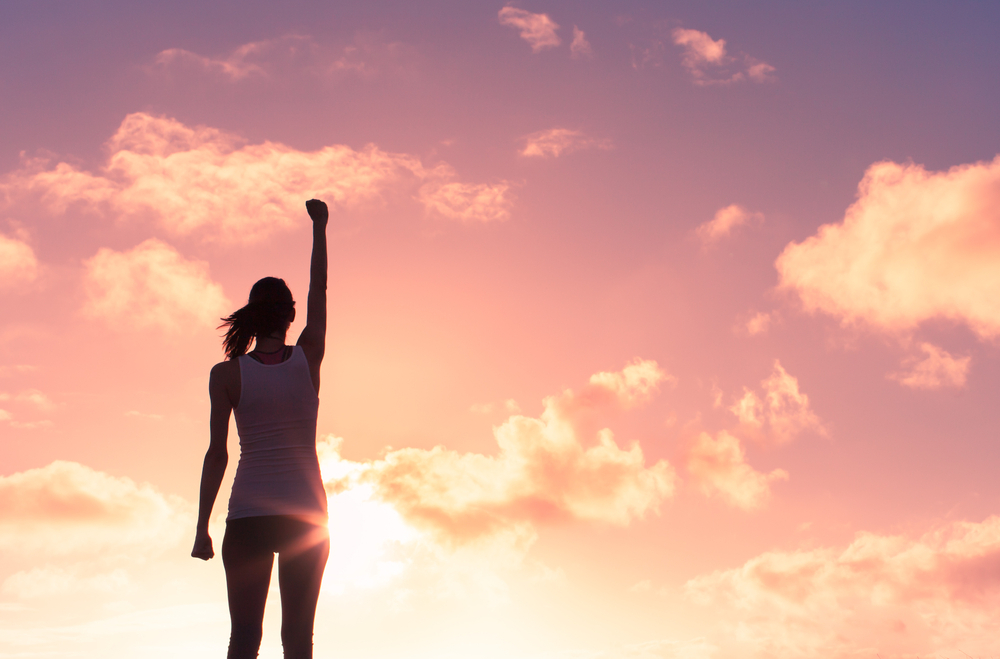 Nutrition
Fitness
Mindset
MAKE THE CHOICE NOW TO GET HEALTHY! JOIN NOW TO SAVE $30
The My1FitLife Jump Start Challenge 5.0 will guide you through getting into shape using bodyweight and dumbbells, increasing your nutritional knowledge to lose unwanted body fat and better health, and helping you to gain a strong mind and newfound confidence. Commit to get FIT in 2018! We start Monday, May 21, 2018!
More reasons why you need to join now! 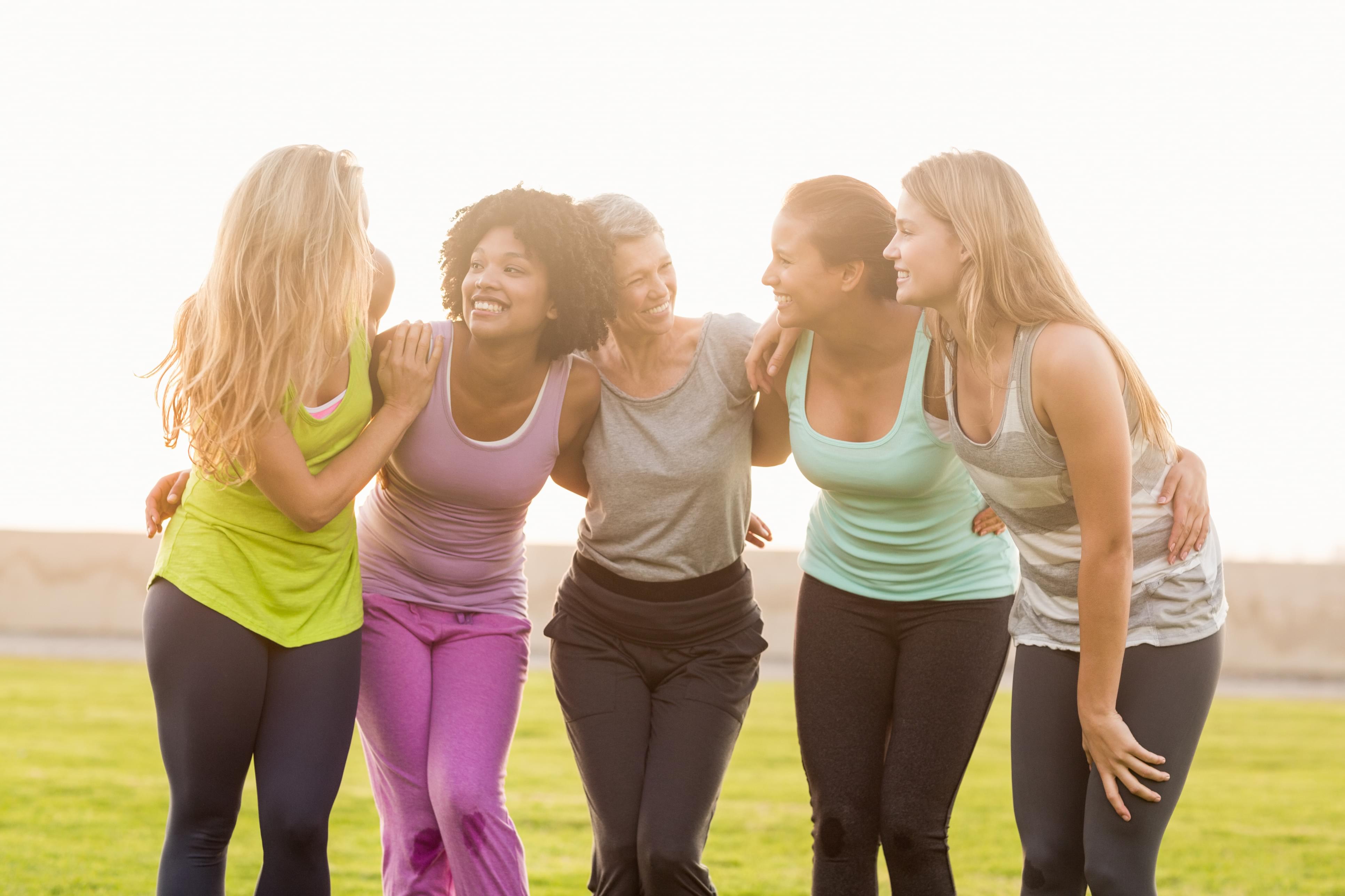 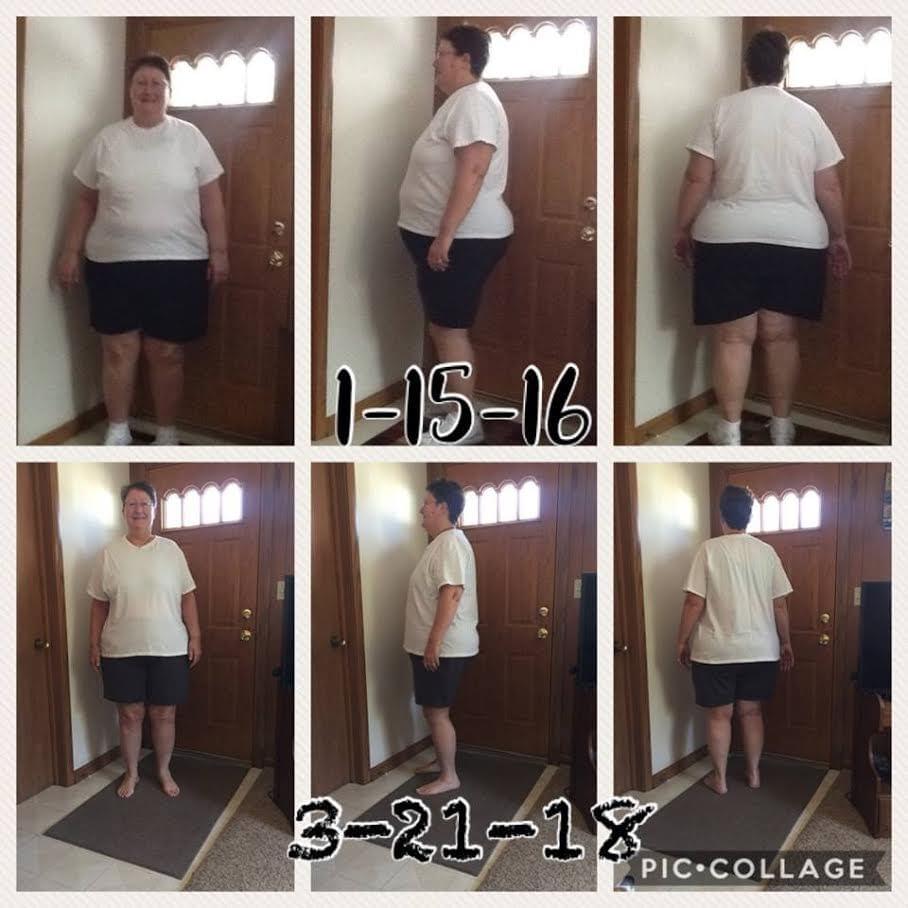 The bottom row is where I am starting today with the Jump Start Challenge. The top row is when I started with Coach Michelle and Keith in 2016. I've lost 75#, and I don't know how many inches.
When our coaches tell us that baby steps do count and make a difference I am living proof. There were days I stepped forward and many where I stepped back. That being said I still have a long way to go to reach my goal. That is why I joined this JS Challenge. I need to lengthen my stride now and get the scale and tape measure moving. I have yet to incorporate exercise into my daily routine. I'm not a couch potato by any means, but I need to do this to enhance the quality of my life. ~ Karen 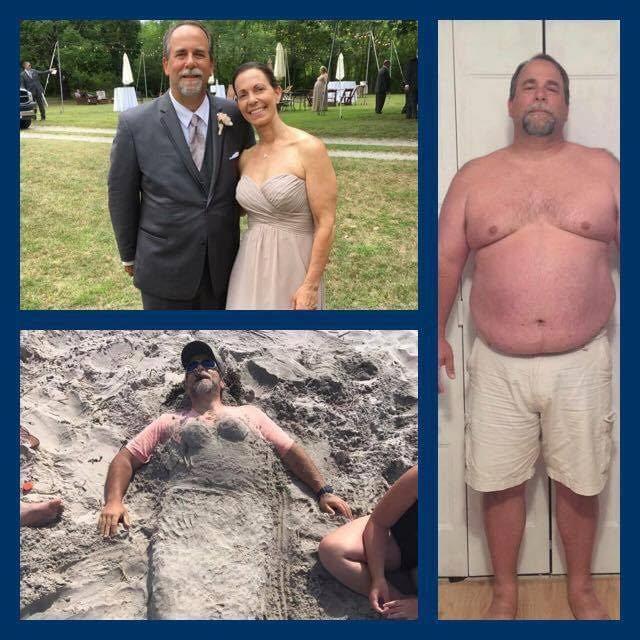 "I was introduced to My1FitLife a year ago by my much older sister Regina and I hate to say it but boy she was right. Not only did I learn to eat right but the health benefits have been great. I feel better and stronger than ever!!

I turn 50 next month, and I had hoped a year ago that I could be in the best shape of my life by then and I am pretty darn close
Obviously, the coaches are great, but the heart and soul is this community. Met lots of great people and having my sister and many cousins along has been wonderful!!
Down 92 pounds in a year and endless NSVs.
Thanks to all you! ~ Abe 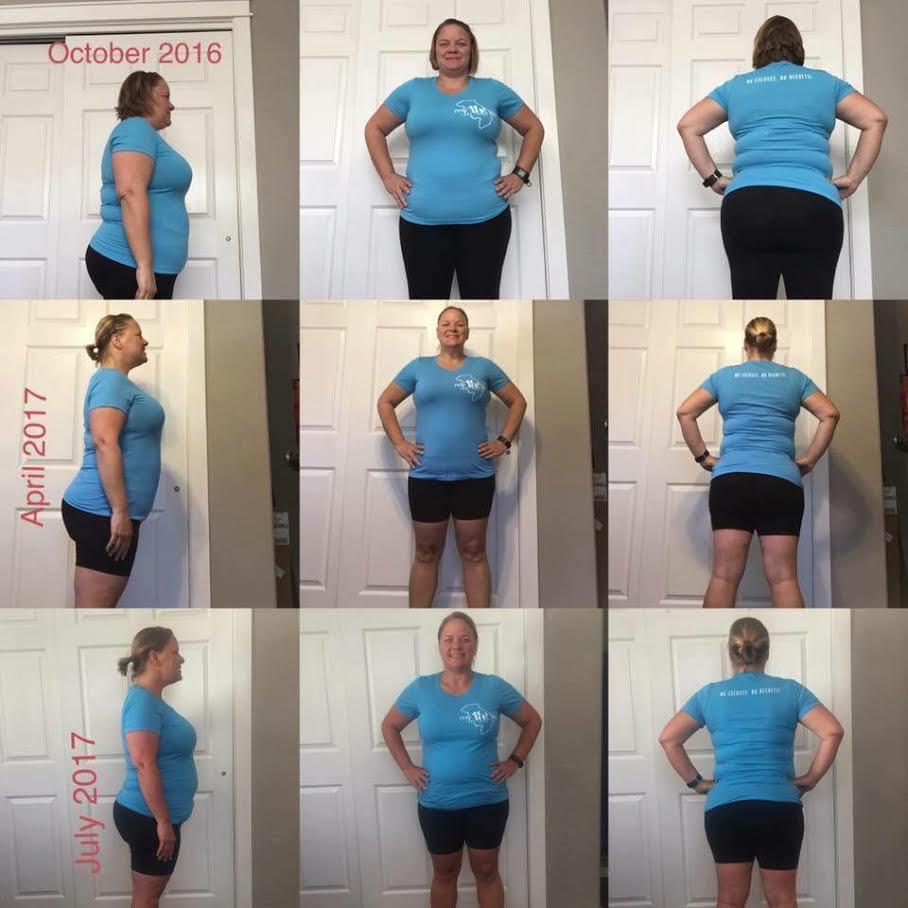 I started my fitness journey in January 2016 and was introduced to My1FitLife from a girlfriend who invited me to the Lake Tahoe Adventure Weekend in August 2016. I say while I was headed in the right direction with my fitness, My1FitLife and Coaches Michelle, Keith, Lorrie, Kristi & Tami helped set me on the right path to becoming the best version of myself and truly living fit and my best life.
I have never been athletic - instead opting to be the smart one or the capable one. I thought if I worked hard and was the one everyone could count on to take care of everything, no one would notice I was fat. But I have changed my life 180 degrees in 18 months and put my family and my life and my health first. ~ Karen
Introducing your My1FitLife Team for motivation and support! 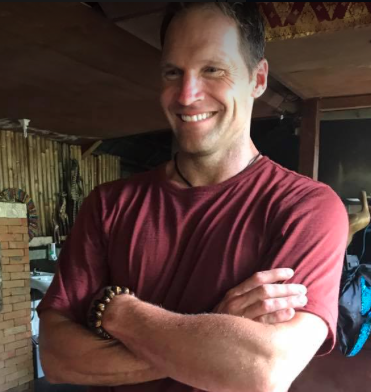 Keith Baumgard
Co-Founder of My1FitLife and Live the List Non Profit
Keith is the Co-Founder of My1FitLife and has a vast knowledge base on anatomy and physiology. Fitness has been a life-long passion of his, starting from a very young age. Keith has an advanced degree in Exercise Science and Sports Medicine, which has allowed him to extensively learn and study the anatomy and physiology of the body, specifically the muscular system. Having an extensive educational background allows him to develop unique and effective exercise programs far beyond traditional trainer workouts. Keith experienced his life-changing loss in 2004 when he lost his best friend in a plane crash. This loss helped him realized how important exercise and fitness are in helping people through the grieving process. 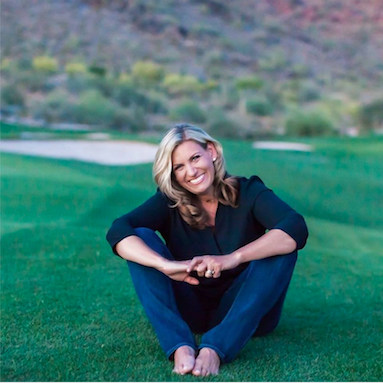 Michelle Baumgard
Co- Founder of My1FitLife and Live the List Non Profit
Michelle is Co-Founder of My1FitLife and is an emerging expert in the world of fitness. After the loss of her late husband Mitch, in 2009, Michelle became engrossed in fitness as a way to cope with her grief. Michelle soon decided to leave her corporate job and devote her life to helping others get fit for all the right reasons. Michelle became a coach in 2012, after her own 70-pound weight loss journey.
Since turning her career to fitness, Michelle has been featured in Fitness Magazine, Shape, Woman's Day, Huffington Post more. Michelle is also a regular contributor to the Huffington Post and has contributed several articles for Prevention Magazine.
Michelle's released her first book for HarperCollins in late 2017, and it has become a best-seller focusing on using fitness as a grief coping tool. 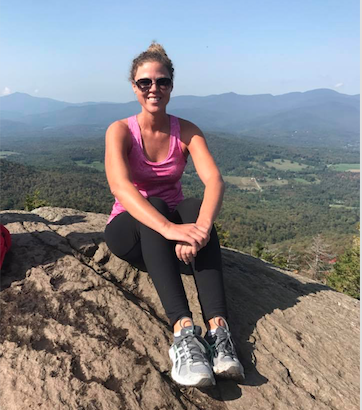 Tami Bliss
Director Of Mental Wellbeing
Tami has a passion not only for mental health but also for physical health and fitness. She holds a double Masters Degree in Community and Rehabilitation Counseling. During her graduate school years, her interest and emphasis were on eating disorders. She has worked in a variety of mental health settings, including group and family counseling, individual counseling, Adjunct Psychology Instructor at the University and Community college levels, and at-risk youth. Tami is a certified Personal Fitness Trainer and certified Group Fitness Instructor, and enjoys teaching a variety of group fitness classes part-time. Her other interests include spending time with her husband and three boys, who are very active in sports, music, and school activities.
Doubles Masters Degree in Community & Rehabilitation Counseling.
Certified Personal Fitness Trainer and Certified Group Fitness Instructor 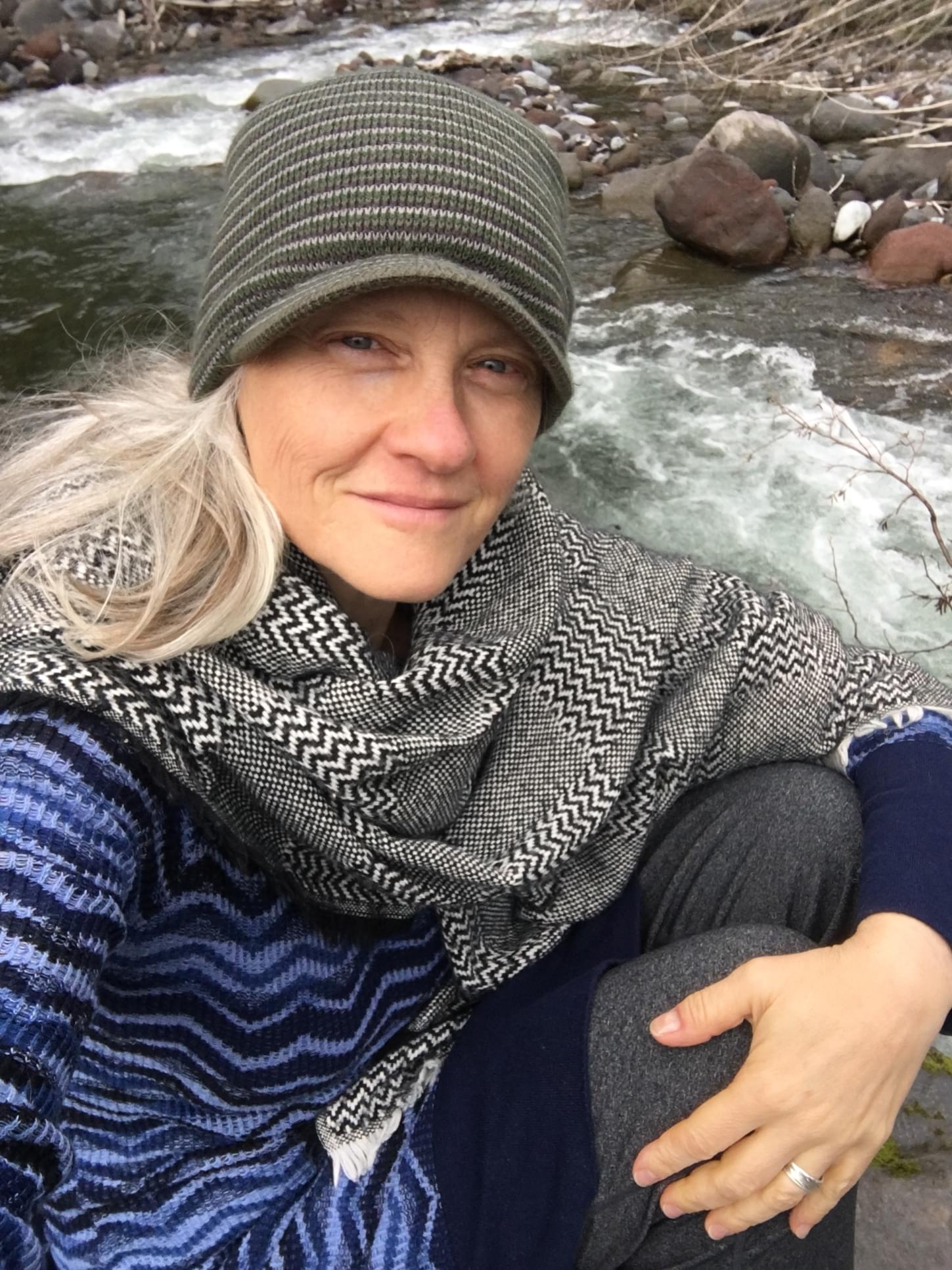 Lorrie McFadden
Director Of Nutrition
Coach Lorrie McFadden is a clean eating enthusiast! She began her career in nutrition serving healthy meals to homeless youth and adults in Portland, OR. Her own personal journey to health began when she lost just shy of 50 pounds practicing what she now shares with her clients: a healthy and holistic relationship with food and a balanced understanding of fueling for life. After finding a new way of eating and living, she received her certification in Nutritional Consulting (C.N.C.) and has gone on to study Food Therapy and Wellness Coaching.
She is currently serving clients in one on one, group settings and at My1FitLife Adventure Weekends. She's loves showing clients how great life can be when they give their bodies every opportunity to succeed with real food and a large serving of self kindness!
C.N.C. Certified Nutritional Consultant 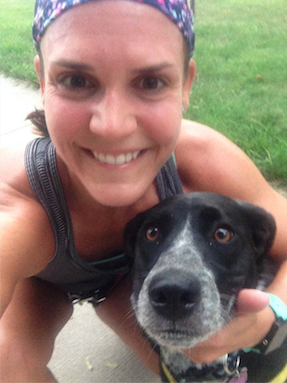 Kristi Marshal
Director Of Fitness
I get it. Life is crazy and there are not enough hours in the day. I understand where you are coming from. I want to help you define and meet your personal goals for fitness. I have Midwestern roots and a degree in Health Promotion. I have had the opportunity to work in a number of unique environments to help expand my knowledge of the industry. I am a working Mom, have 2 beautiful kids and a wonderful husband that are a constant reminder of how strong and profound human relationships can be. I have been a competitive swimmer from the age of seven through college. I enjoy the water immensely and would love to work with you on stroke refinement, triathlon readiness, injury rehab, or with your children to help them learn to swim and feel confident in the water. You may be at a place in life where you are trying to figure out how to do it all. I constantly remind myself that it is about inner peace, not “balance.” I would love to help you find some quality “you time” so that you can be the best mom, daughter, husband, wife, and/or partner that you can be. It is possible!
BS- Health Promotion, University of St. Thomas
We want to help you make life changes TODAY...Join NOW!
I'M READY TO MAKE ME A PRIORITY AND LIVE FIT!